The Tanker Wrap That Honors All That Served

At The Stick Company, our team has been fortunate to work on a number of patriotic and military-themed wraps including the memorial wall wrap in New Martinsville, the lobby wraps at Camp Dawson and and numerous veteran-owned companies. However, one wrap that continues to stand out to us is the 40′ fuel tanker wrap that was custom-designed for KML Trucking, located in Clarksburg, West Virginia.

The custom patriotic design was guided by the truck’s owner and driver, Dustin Lowdermilk, who wanted the rolling memorial to honor all that serve in our military’s five branches. But, the design had an even deeper meaning to Lowdermilk – he wanted the design to pay tribute to his late father and grandfather, both Veterans themselves.

Since completing the project, this custom-wrapped fuel tanker has been driving around the Mid Atlantic region, receiving an array of waves, horn beeps, and even salutes on a daily basis. Lowdermilk explained that he appreciates the recognition, as it shows people are seeing the design, and paying their respect to our Veterans.

The custom fuel tanker wrap was designed, printed and installed by our team at The Stick Company, located in Morgantown, WV. Omie Broadwater, one of our team’s talented installers, took this project under his wing and (nearly single-handedly) installed the wrap. The Stick Company specializes in creating unique wraps for oversized vehicles like these, and our talented installation team is the driving force behind them – giving our company a distinct advantage. 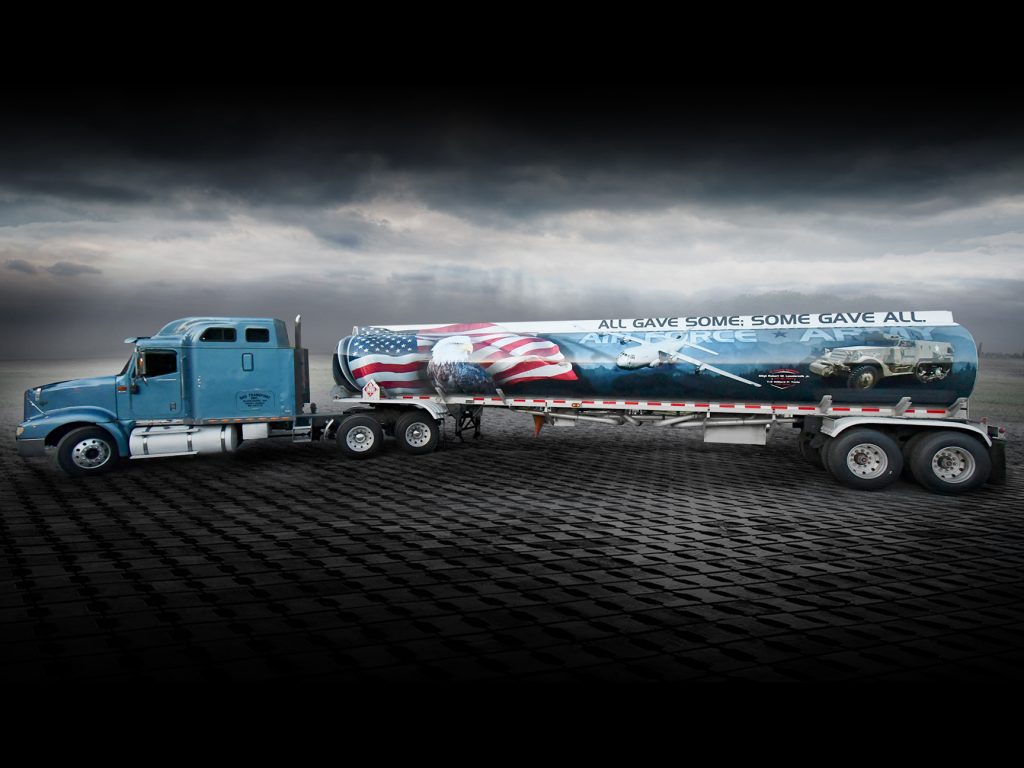