Ride For Kids WV was a collaborative effort between Triple S Harley Davidson and The Stick Company, both in Morgantown, WV. As long time friends, clients, and community partners, the two companies were looking to create an event that would help mesh their networks and audience to benefit WVU Medicine Children’s Hospital. The inaugural event was hosted on Saturday, August 25, 2018, and kickstarted at Triple S before touring through Morgantown and into WVU Medicine’s main campus, as it’s first stop. With any first-time event, the need for branding, advertising and communication was key for the event’s hopeful success.

With our continued support of WVU Medicine Children’s, The Stick Company not only donated the various marketing and design campaign, but also Co-Chaired the event to help with the organization and event planning. The event welcomed over 120 riders from all over West Virginia, Pennsylvania and Maryland.

Ride For Kids was equally as fun as it was challenging in creating the original branding for the event. We were tasked to create a big and bold campaign that was attractive to the motorcycle and tattoo culture, while still providing an image that was child-focused and colorful. The event branding came together with a custom logo and identity that served as the basis of the ride. From there, a custom website was created featuring online registration, a series of eblasts, digital sales packets, and various event flyers and handouts. In addition to the website, our team also helped coordinate a variety of social media graphics and videos including tailored sponsor segments featuring the event’s two spokes-kids.

In addition to the various graphic design, marketing and web programming efforts, our team also donated a number of event signage including directional signs, sponsor signs, display banners, posters, flyers and event advertising banners that were on display throughout the region. 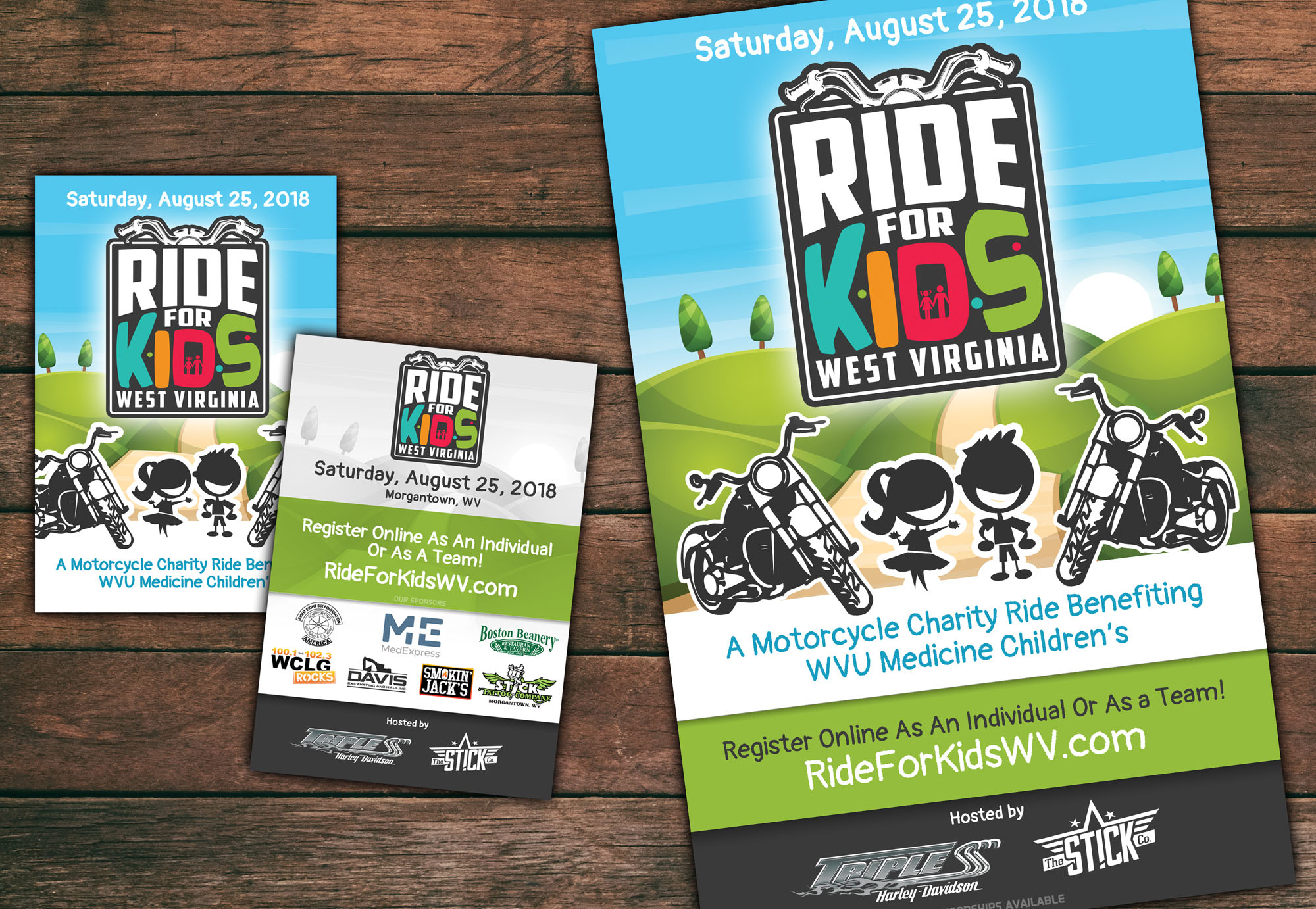 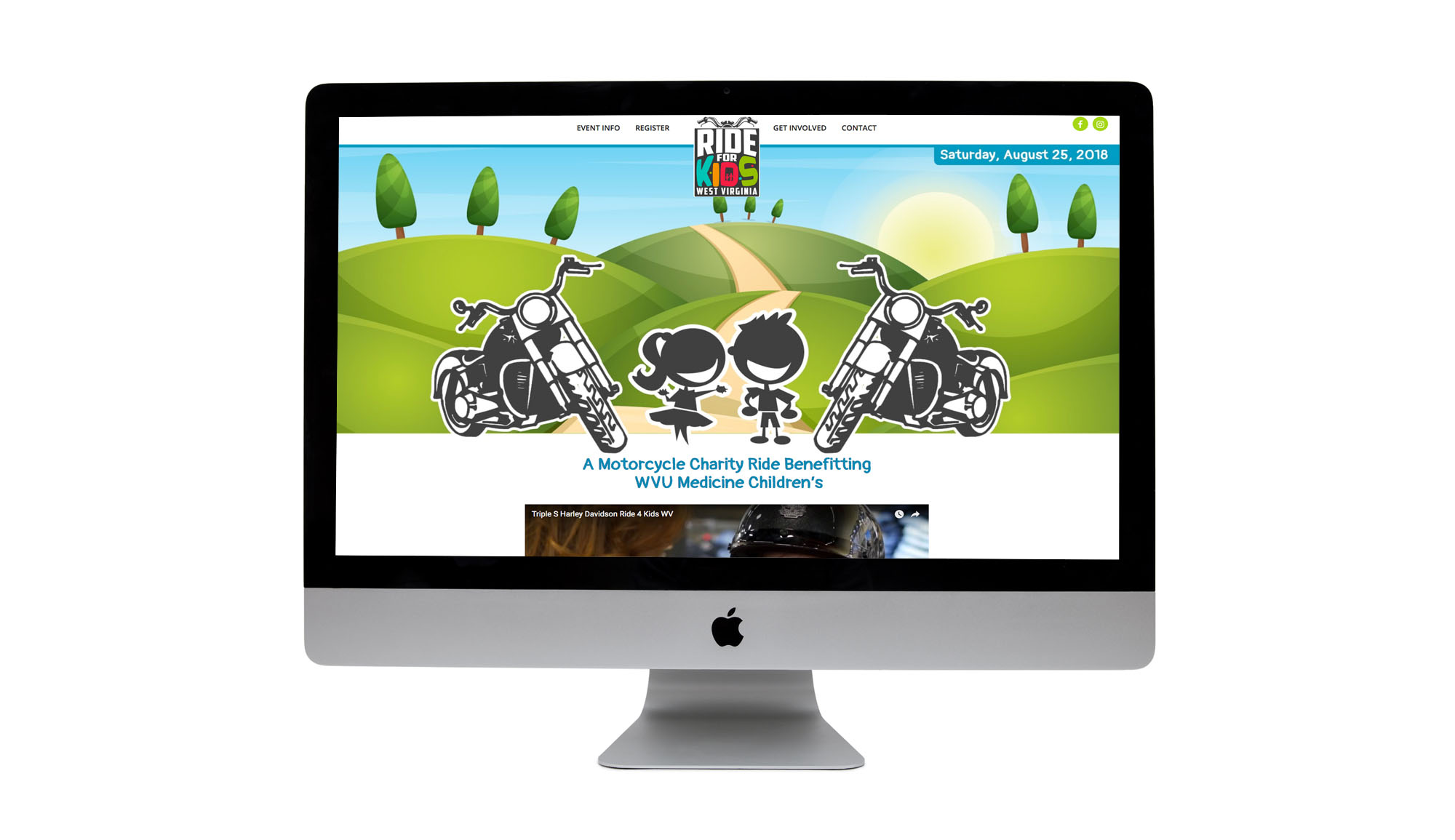 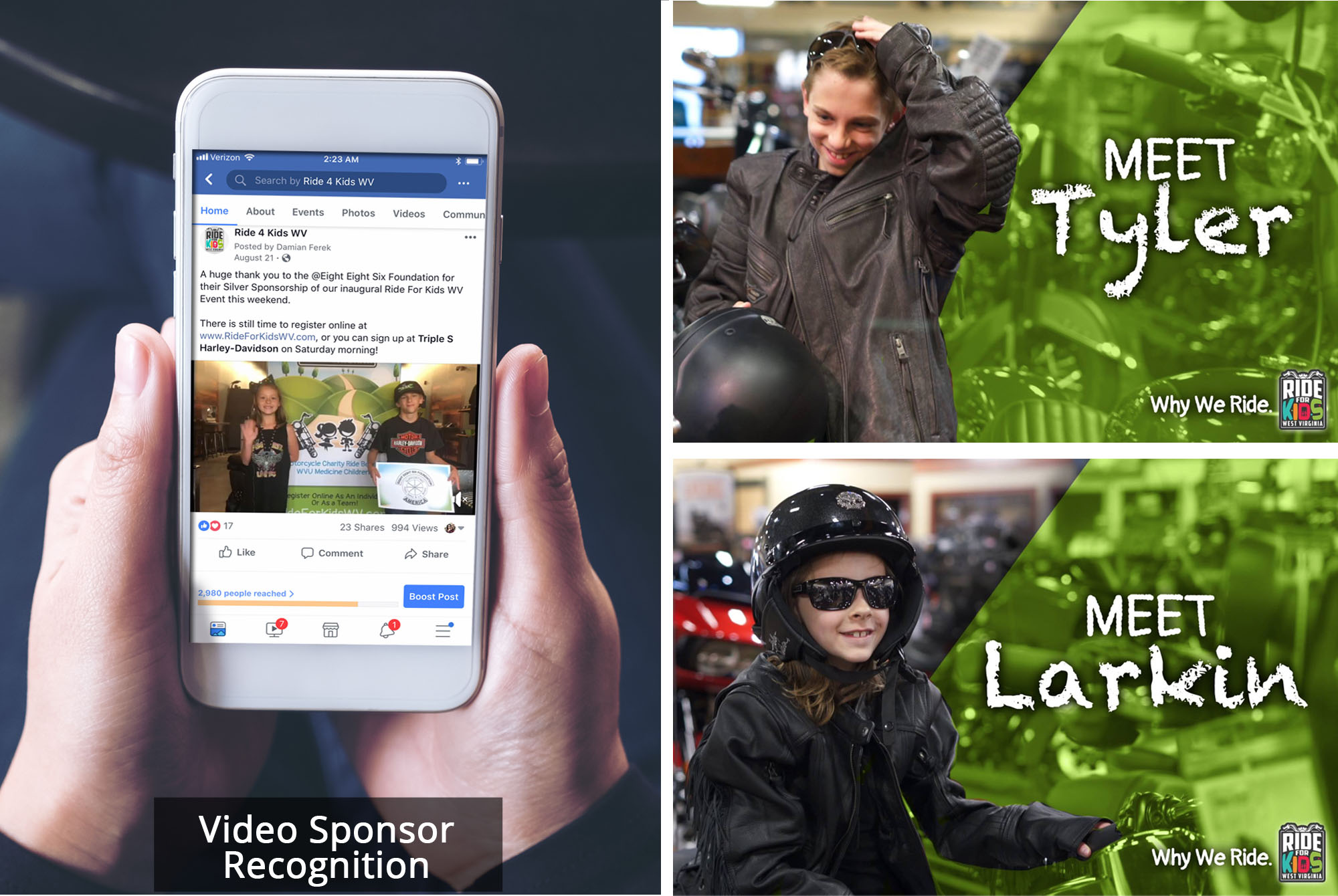 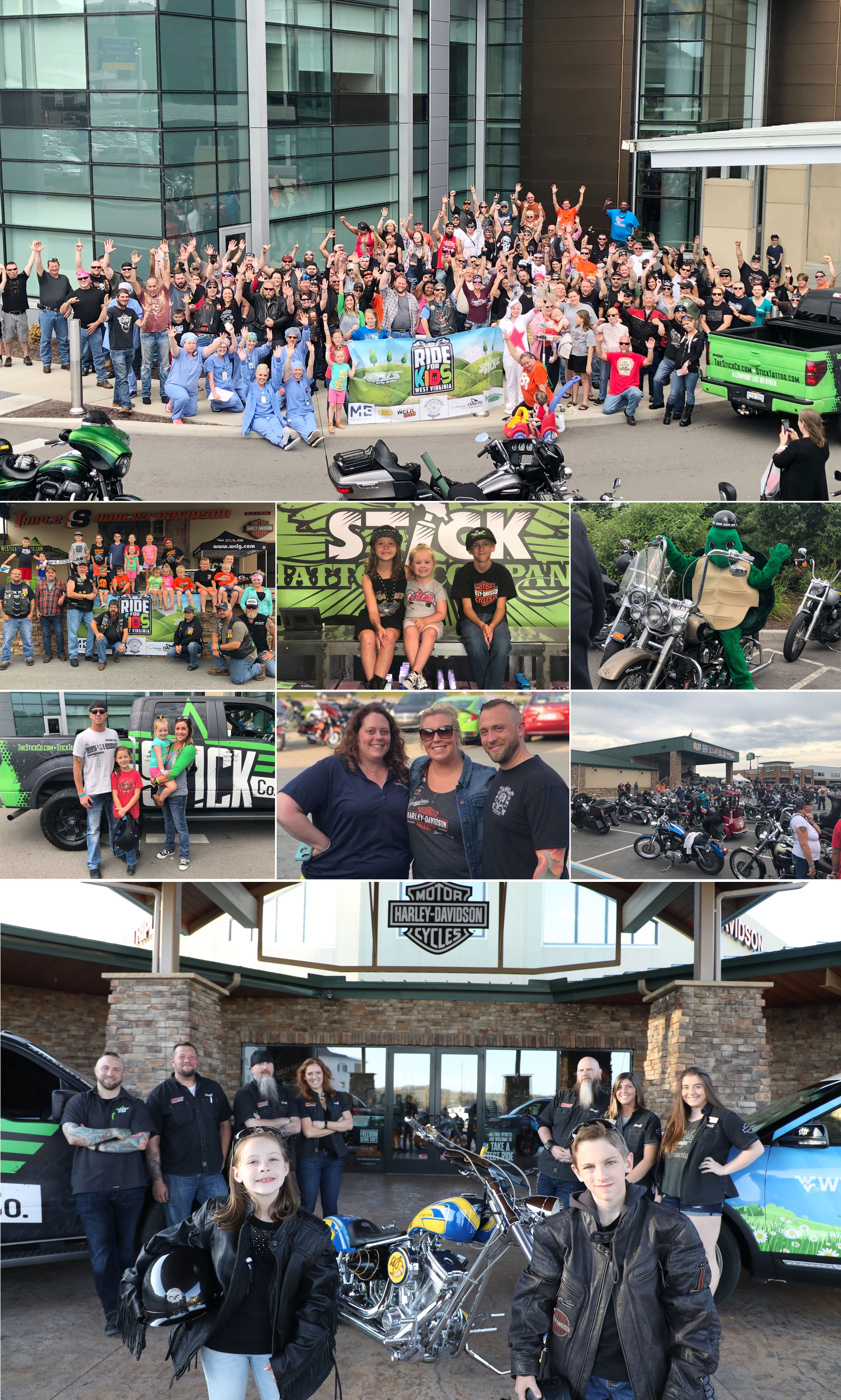 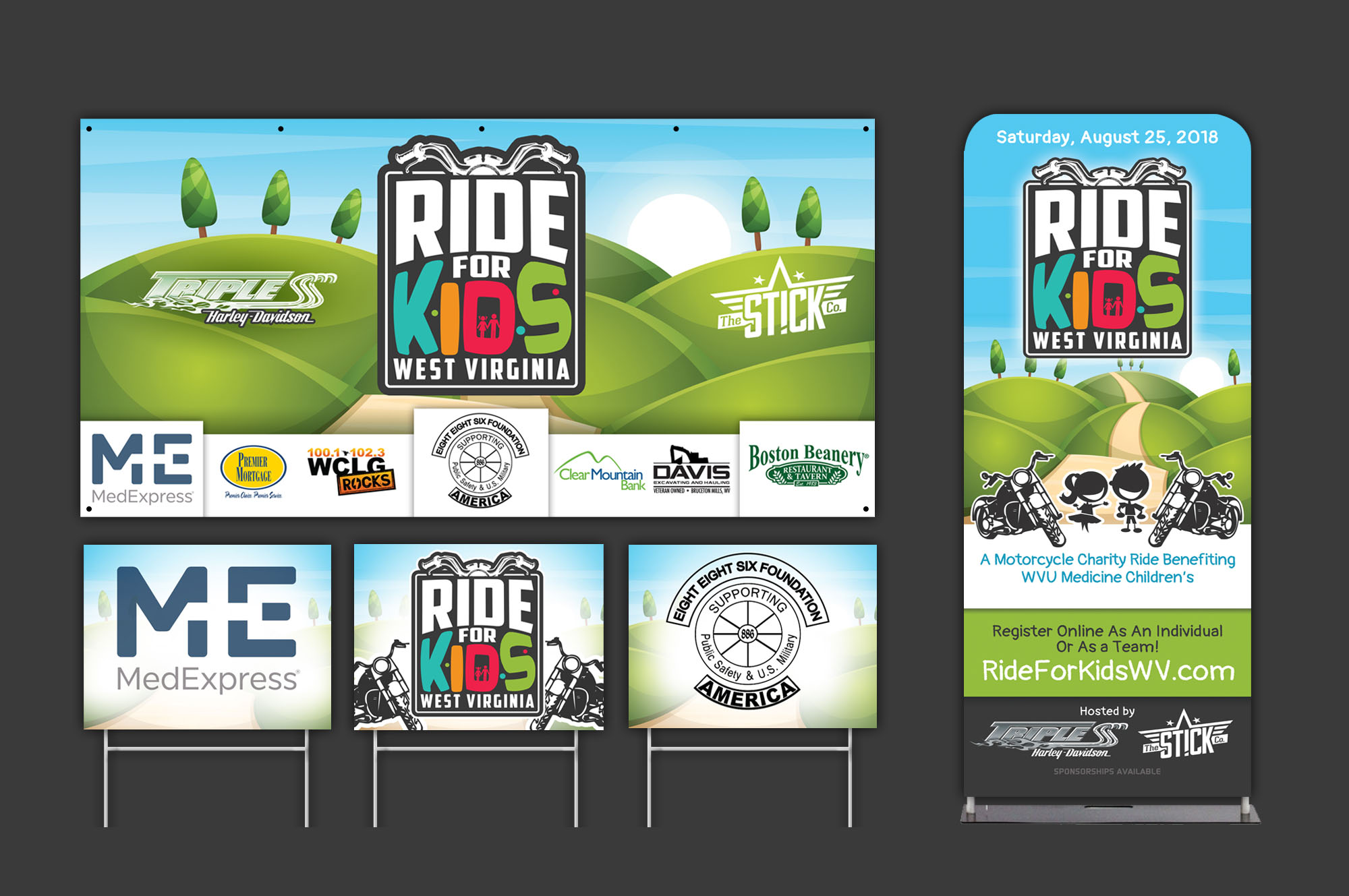