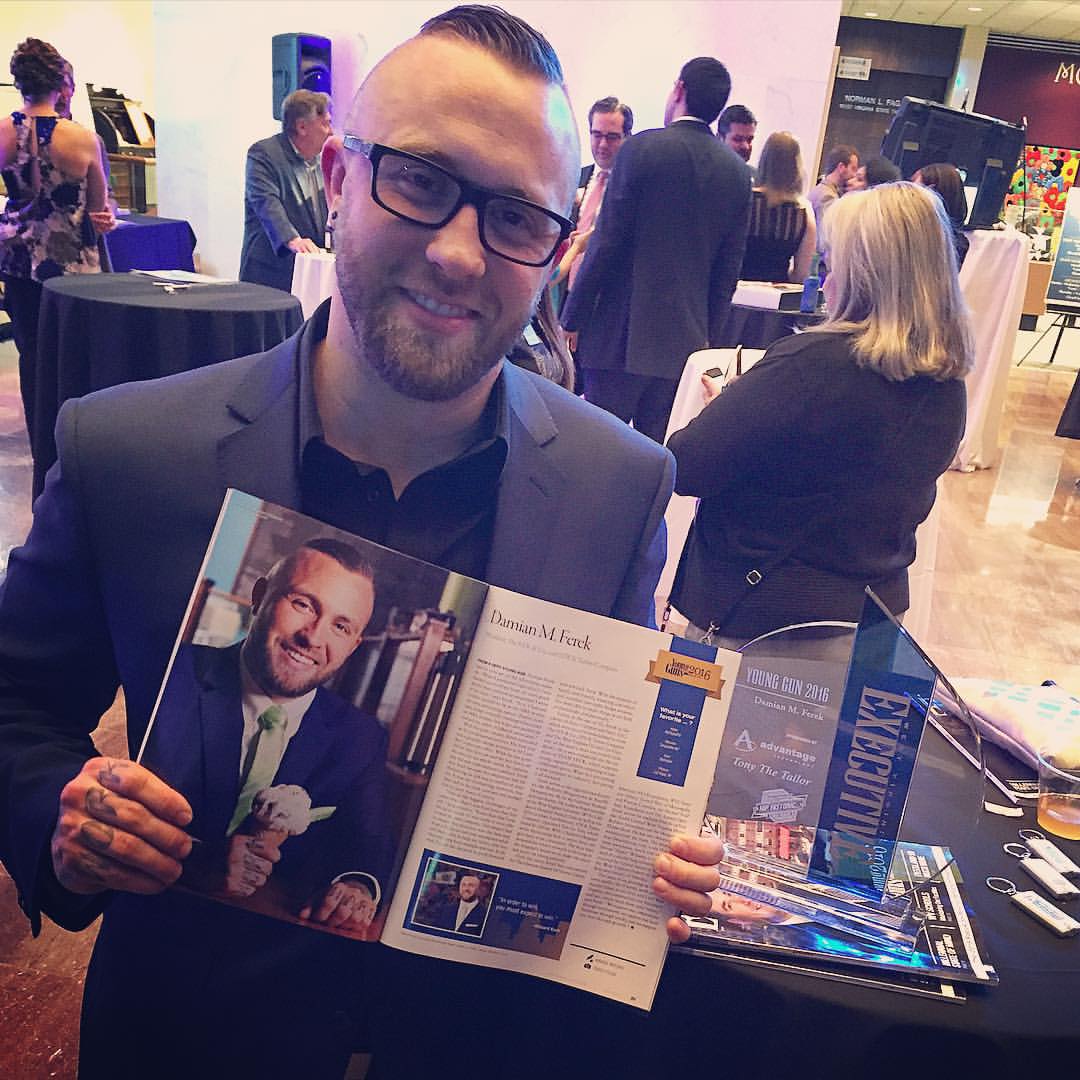 The STICK Co.’s President, Damian Ferek, was honored recently with his selection by West Virginia Executive magazine into its group of 2016 Young Guns.

The Young Guns awards began in 1999 as a way to recognize “citizens of West Virginia who drive the success of the Mountain State.” Each year, recipients are chosen through a rigorous selection process before earning the Young Gun title.

A reception was held in Charleston to honor the 2016 honorees.

“It was an honor winning the award and being recognized as part of such an impressive group of colleagues,” Ferek said. “While an individual award by name, the award is a complete reflection of our entire STICK team and everyone’s continued dedication and effort. With any first generation company, it takes a little bit of everything to all come together, and collectively, we have managed to launch and grow an ad agency, an oil and gas expo, and a tattoo shop. A huge THANK YOU to our team, my family and friends, and especially the fantastic group at the WV Executive magazine.